Can this young company also make a difference in the healthcare field? As inventors and manufacturers of the world’s first sleep robot, Dutch startup Somnox is riding the wave of sleep tech that’s helping everyone from Silicon Valley CEOs to your elderly aunt get better rest.

A robot to help you sleep better

What’s cuddly, shaped like a kidney bean and never snores? A sleep robot, of course. Invented by four young students at the robotics institute of the Delft University of Technology, the robot soothes people to sleep through a variety of methods, including synchronising breathing patterns and playing calming sounds. Buoyed by a successful crowdfunding campaign that concluded in November 2017, the Somnox robot hit the market in early 2019.

What happens after your product goes to market?

Jagtenberg says the team at Somnox are quickly adjusting to the change in business status: “As a startup, you always develop, you pitch, you do some initial marketing, but when you make it to launch, it’s another dynamic. The product is now there – it’s not just a story, it’s real. It’s very interesting to experience this from the first sketches on the back of a napkin to the point that we’re at now. It’s a valuable school, I’d say!”

But this new phase hasn’t overawed them. Now the sleep robot is on the market, Somnox is already looking into expanding its distribution “quite aggressively,” says Jagtenberg. “After all, our mission is to help as many people as possible to sleep better, so we should also be everywhere.”

How Somnox developed a natural way to improve sleep

While Somnox doesn’t claim to provide a medical device or a cure to insomnia, neither does the firm really target the lifestyle ‘sleep hackers’ who want to optimise every aspect of their lives. Instead, they want to help “people who feel the effects of a lack of sleep during the day and who want to improve their sleep naturally,” explains Jagtenberg.

“These are not necessarily people that already sleep well and want to ‘upgrade’ their sleep. We are especially effective for people that have stress- and anxiety-related sleep deprivation. And these people tend to take sleeping pills, so our ultimate goal is to get rid of those addictive chemicals and bring natural or technological solutions to the table.”

Why data can increase stress levels

Sleep tech is becoming more and more popular, with products and apps regularly entering the market. But while Somnox’s team plan a number of additional features for their robot, which works in conjunction with an app and which can be upgraded at any point, they are careful not to make the wrong choices. “I think the whole industry is getting rather obsessed with data and tracking the quantified self. But the thing that happens is that if you get all this data about your sleep, you actually start to become anxious and stressed because the data shows that you might not be sleeping well – whereas your sleep is actually fine.”

He adds that “everyone is tracking sleep, but no one is actually doing anything with the data. There needs to be a transition from not only showing data but actually using it.”

That is exactly what Somnox is trying to do with its adaptive breathing functionality. It is a feature where “the robot senses the breathing of the user and automatically synchronises to it,” explains Jagtenberg, “guiding them subconsciously to lower and deeper breathing rhythms.” But sleep support is not limited to the night-time. “The goal is to offer a solution that works not only during the night but also during the day because your lifestyle habits greatly influence the way that you sleep.”

Further features are also being developed. “We have so many ideas. Over the course of this year, we will be launching a smart alarm and integration with the smart home, meaning that for example Google Home or Alexa can set the lights, the temperature and all other parameters that influence your deep sleep.”

Somnox’s ambitious plans for its future

But the most important plan involves a bigger shift. “We really want to create new product lines that are targeted towards children, for example, but also to set up a new business unit, Somnox Healthcare, that focuses on care institutions that care for elderly people with dementia, and for people with post-traumatic stress disorder in hospitals. We want to explore what we can do and if we can actually help elderly people sleep more and better. That has huge potential because it would mean you could reduce the intake of medication, for example.”

Similar products already exist, but, according to Jagtenberg, there is room for improvement.

“There is already a very interesting development that has been out there for a couple of years: the PARO seal, which is a therapeutic robot for people with dementia and other cognitive disorders. The seal is being used very actively. There have been a lot of studies about its positive effects in soothing people with dementia because they felt like they can take care of something again. There are so many interesting things about it. But it’s really expensive. And you need to send it to the company for cleaning every two months, which is also very expensive.”

Somnox is already running trials to explore the field further. “About 35 care institutions are currently conducting trials with our current product to see what the effects are,” he says.

“And some really touching stories have started coming out of that. We had an elderly lady whose partner passed away a few years ago. She was still stressed out every night, wondering where he was, and she would wander about, looking for him. Providing her with the robot, which was breathing and could also play sound, such as someone telling a bedtime story, really helped to soothe her and make her feel less lonely.”

How the Netherlands helps tech firms to thrive

Jagtenberg says that the Netherlands is the ideal base for developing new ideas and exploring new fields. “We are all graduates from the University of Technology in Delft, and that is a great location to be in, especially for robotics. The University of Technology is known for a lot of inventions and high-quality engineers. It’s home to RoboValley (a research centre for robotics), so from a technology-driven perspective, it’s a really great spot to be in. But in addition, Delft is located right between Rotterdam, Leiden and The Hague.”

Especially the proximity to university city Leiden is helpful, he says. “You have the medical studies and science departments, and we can get there in just 20 minutes by train and have studies set up.”

Working together is key. “There is a lot of collaboration between academia and industry, and even hospitals, which are very open to innovation. For us, the fact that everything is so close by is very valuable. I don’t have a car, I just go by public transport or by bike to the engineering facilities, to the clinical study facilities and so on.”

These advantages have become even clearer recently. “Now that I have been travelling around the world a lot, I’ve realised that I haven’t seen this density of so many stakeholders within one area anywhere else. And there are also so many programmes and meet-ups, which you can just participate in for free. I think it’s a really good place to be.”

This combination of world-renowned universities, a supportive tech community and a collaborative spirit is also the basis of the Netherlands’ life sciences and health ecosystem as a whole. Public and private organisations across the country (such as the Amsterdam-based Netherlands Cancer Institute [NKI] and tech company Stryker) regularly work together on ground-breaking developments to improve medicine and healthcare. Thanks to the modest size of the country, you’re never far from other Life Sciences and Health hubs such as Leiden (40 minutes from Amsterdam) and Delft (1 hour from Amsterdam).

What’s in store for the future of sleep

Back to sleep – where does he think the sleep tech craze is going? “From a society perspective, sleep is becoming more and more important. You can see that the media is absolutely obsessed with it. And this is a great trend. It used to be cool to only sleep two hours a night, and now you see Silicon Valley CEOs ‘hacking their sleep’ to be the best version of themselves. We had nutrition before, right? Avoid McDonald’s, eat healthily. Then we had exercise – sitting is the new smoking. And now sleep is the new health hype. And that’s amazing, and I think it’s also necessary.”

If Somnox gets its way, it will play a big part in the new sleep revolution. “We will create a whole portfolio of products for the day and night to help people sleep in a natural way. We really want to become the leading sleep company that changes the way you live by changing the way you sleep.” 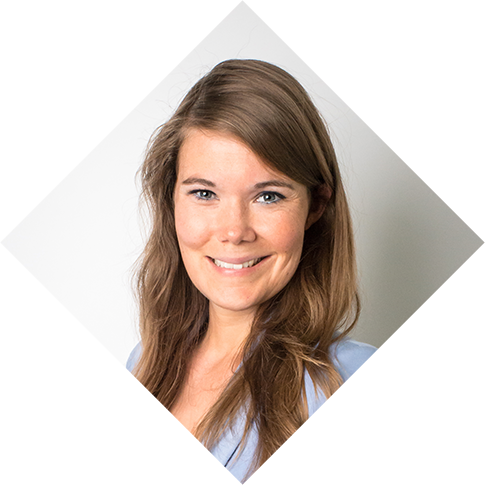