In 2018, InnovationQuarter helped 53 (foreign) companies to open an office or expand their activities in West Holland. This included many advanced, technological companies such as GenScript (China), Magnet Forensics (Canada) and GE Healthcare (US). These enterprises are expected to create or retain more than 1,100 jobs and will invest €214 million in the region. The 53 firms represent a record for InnovationQuarter across its five-year history. In 2017, 50 foreign companies established themselves in the region with the agency’s assistance.

United States and China strongly represented, Canada on the rise

Most foreign companies that made a new or additional investment in West Holland in 2018 came from the United States (11) and China (11). This is in line with the trend of recent years, with most firms hailing from these two countries.

However, Canadian companies are increasingly aware of InnovationQuarter and West Holland as a relocation destination. In 2018, four firms from Canada chose to establish a base in the region with the agency’s assistance. One way by which InnovationQuarter supports these companies is through soft landing initiatives, organised in close collaboration with the Canadian Embassy and other parties. A very promising enterprise now established in The Hague thanks to such a soft landing programme is Magnet Forensics, a cybersecurity company from Toronto with a focus on digital forensic research.

Initially, we had the UK in mind for our EMEA headquarters. That was until InnovationQuarter introduced us to the Dutch Ministry of Justice, numerous potential partners and The Hague Security Delta. As the Netherlands offers much better access to the European market than the UK and with Brexit coming up, we decided to base ourselves in The Hague.

We interviewed Magnet Forensics for our annual report, TerugblIQ 2018. Here you can read the article!

Companies that have opted for the West Holland region are highly innovative and technologically advanced. They especially operate in the life sciences, (cyber) security, high-tech and IT, sustainable energy and horticulture sectors, in line with and as a valuable addition to the top-quality ecosystem that our region offers in these areas.

We have extensive contact with international companies and it is clear they are increasingly seeking a well-developed, regional ecosystem. For this reason, our service is not simply focused on finding the right location for an office or factory; it’s much more about accessing the relevant network, technology and talent. West Holland is increasingly able to offer access to these resources and our 2018 results clearly show our efforts are paying off.

Arrival of the European Medicines Agency

With 13 companies, life sciences is the best represented sector among the enterprises that InnovationQuarter supported last year. This sector encompasses both biomedical and medical technology firms. One of the reasons for the strong interest in the region from foreign biomedical companies is the European Medicines Agency’s (EMA) relocation to the Netherlands as a result of the United Kingdom’s intention to leave the European Union. The EMA is a significant addition to the country’s life sciences and health ecosystem and helps make the Netherlands an attractive location for international companies in these sectors.

There is significant interest not only from biomedical companies but from medical technology businesses as well. GE Healthcare’s new base in Rotterdam and that of 10x Genomics in Leiden are examples of this.

The political uncertainty surrounding Brexit has been an important factor in many companies’ investment decisions. Firms expect Brexit to have a major impact on their operational management and are therefore taking precautions to mitigate its effects. For now, this mainly involves changes to international legal structures and the transfer of certain business activities. Companies that are highly dependent on the logistics chain are also taking precautionary measures.

The extent to which enterprises expect to be affected by Brexit varies from sector to sector and uncertainty regarding the shape that Brexit will take remains an issue. Many companies have thus indicated that, while they are considering various scenarios, their final investment decisions will be postponed until there is more certainty regarding the future relationship between the UK and the European Union.

Results significant for both regional and national economies

Attracting and retaining foreign investment is of great importance to both the Netherlands and the West Holland region, not least in terms of economic growth and job creation. The 53 international companies supported in 2018 will, by their own estimate, provide 1,113 jobs within three years: 853 of them new and 260 retained. In addition, these firms are jointly investing € 214 million in the region.

Strong national and regional collaboration is part of the reason for the success of these 53 investment projects. At the national level, InnovationQuarter works closely with the Netherlands Foreign Investment Agency (NFIA) – an operational unit of the Ministry of Economic Affairs and Climate Policy – and is a partner of the Invest in Holland network. At the regional level, InnovationQuarter has worked closely with Rotterdam Partners and The Hague Business Agency on both strategic and operational levels since 2014. 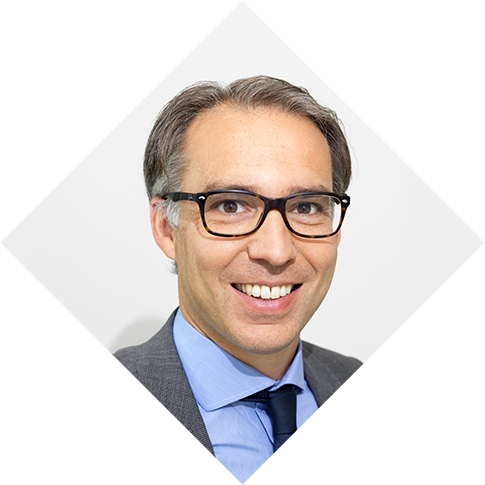 Investigators do not want to sit behind a computer: Magnet REVIEW helps them...
Scroll to top NIEUWSBRIEF