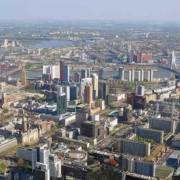 In addition, the Netherlands ranks No. 4 globally by average job value of investment projects. Finally, the Amsterdam-Rotterdam metropolitan area shows consistent growth and is a global top destination for foreign investors. This metropolitan area, the so called ‘Randstad’ includes the cities Amsterdam, The Hague, Rotterdam, Utrecht and their surrounding areas. The metro ranks No. 2 by number of projects.

Overall, access to “International markets and leveraging global supply chains are expected to continue to drive foreign investment,” said IBM. Each year the report analyzes the latest trends in corporate location selection, and where companies are locating and expanding their businesses around the world, creating jobs.

Contributing to growth of investment in the Netherlands are countless multinationals.

Considered one of the most wired countries in the world, Holland is a hotspot for information and communications technology companies. Global IT companies like Microsoft, Cisco, Interxion, Infosys, Huawei, Oracle, Intel, IBM, Verizon and Google invest in Holland for its unparalleled IT infrastructure.

Additionally, the Netherlands is a hub for foreign-owned logistics and distribution operations. Many multinationals choose Holland as their gateway to Europe to manage supply chain or grow e-commerce operations. Companies in a wide range of industries – from agrifood and life sciences to chemicals, maritime and IT – have also established advanced manufacturing operations in the Netherlands.

The Dutch region Amsterdam/Rotterdam (‘Randstad’) is the 2nd most attractive metropolitan region in the world for foreign investments, based on the number of projects. Also this becomes apparent in the IBM Global Location Trends Rapport 2017. 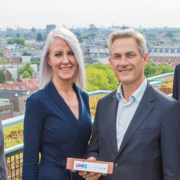 Many cancer patients experience a suppressed immune system. This causes the body to incorrectly detect tumor cells as healthy tissue, resulting in the inability of the body’s natural defence system to attack and destroy these cells. Hercules Pharmaceuticals currently develops a therapeutic that activates the immune system, thereby limiting the growth and metastasis of the cancer cells. This therapy revolves around the inhibition of the Aryl Hydrocarbon receptor (AhR) in different forms of cancer in which AhR has a high expression level.

Over the last few years, a number of different therapies, focusing specifically on improving the patient’s immune system, have been introduced into the market. These so-called ‘checkpoint inhibitors’ have had a strong positive effect on patients suffering from a number of difficult-to-treat cancers, such as skin and lung cancer. Using the UNIIQ investment, Hercules Pharmaceuticals will further develop its lead compound and use this compound in a number of mouse models, thereby also exploring the possibilities to use the compound in combination with current therapies. Expectations are that Hercules’ drug can be used as both a standalone therapy and a combination therapy.

Hercules Pharmaceuticals was founded by Boston University and DDF Ventures and uses the IP and knowhow from inventor and CSO David Sherr. The company is headed by CEO Bart Wuurman, former CEO of, amongst others,  Lanthio Pharma and AM-Pharma. Wuurman: “This investment from UNIIQ enables us to further prove efficacy and safety of our drug. Initially this will be done by using different mouse models, but we have set a clear goal to use this therapeutic in a clinical setting as soon as possible”.

Liduina Hammer: “Immunotherapy has seen a very strong growth and a number of breakthrough developments over the last couple of years, strongly improving the outlook for a large number of patients. Hercules Pharmaceuticals has shown promising results so far in this field and with this this investment UNIIQ will contribute to an important step towards obtaining proof-of-concept with the technology and further growth and development of the company.”