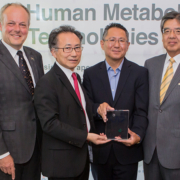 Human Metabolome Technologies (HMT) has selected Leiden for three distinct reasons. First of all, the Netherlands has a strategic location in the centre of Europe which gives HMT a logistical advantage when receiving samples from clients in Europe, Africa and the Middle East. Additionally, the Leiden Bio Science Park which includes the Leiden University, the Leiden University Medical Centre and the dynamic cluster of pharmaceutical and biotech companies make up a great transitional research environment in which HMT can thrive.

Lastly but also important for the company and their Japanese culture, Leiden is the location where Philipp Franz von Siebold settled after leaving Japan. He was the first European physician to introduce Western medicine to Japan during the Sakoku era. This was an era of national isolation so the Japanese have a great admiration for Dr. Siebold and his work.

Tsutomu Hoshiba: “InnovationQuarter and NFIA have provided excellent support for the setup of our European office in beautiful and friendly Leiden. Their timely and pinpoint guidance made for an easy entry and now we are ready for business. Because of the InnovationQuarter staff diligence, our success is almost guaranteed.”

Human Metabolome Technologies (HMT) was founded in 2003 using a unique technology for metabolomic analysis. In 2013, HMT established their first overseas office in Boston, MA where they have expanded their business to around 100 projects in North America. HMT’s primary business aims to provide complete solutions for metabolome analysis in drug design, diagnostic technology, and food production, using a wide range of targets including human and animal samples. HMT is now ready to build on this success by opening this new office in the Netherlands so they can expand their reach and provide services to the European research community.

InnovationQuarter, the Leiden Bio Science Park foundation and the Netherlands Foreign Investment Agency (NFIA) offices in Boston, Japan and The Hague have provided information and assistance in setting up the office in Leiden and introductions in to the Life Science & Health business network in the region.

Mayor of Leiden Henri Lenferink: “We are pleased that HMT has chosen the Leiden Bio Science Park as the location for their European office. With their advanced metabolomic analysis technology, HMT will be a valuable addition to the Leiden life science cluster. And we are proud to have another strong tie to our long and warm relationship with Japan”.

“We are delighted with the establishment of HMT’s European office in our region,” says Chris van Voorden, Director Foreign Investments at InnovationQuarter.

Our team will continue to support HMT as they grow their European business and are excited to assist them in exploring possibilities for collaboration with regional partners and businesses. 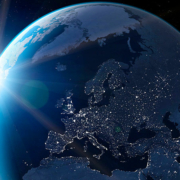 In addition to giving the business a greater global stronghold, a European presence will enable Fleet to be closer to its European customers and several influential space institutions; such as The NSO (Netherlands Space Office), the TU Delft RoboValley initiative, the InnovationQuarter, and The European Space Agency (ESA).

Fleet will also use the new Dutch premises to expand its network of collaborative business partners and customers, ultimately enabling further use and product development for its low earth orbit technology.

The next step for Fleet

Labelled as “an important next step” by Fleet’s CEO and co-founder Flavia Tata Nardini, she also said, “We already have pilot projects in place in Europe, and are committed to helping businesses across the world, including those in Europe, capitalise on the new space era of today.

“While headquartered in Australia, Fleet is a truly global organisation, and we feel that for our business to have the greatest impact, an office in Delft, in addition to Adelaide and Los Angeles, is required. This move will ensure our technology and team can touch all corners of the globe.”

Once launched, the shoebox-sized-satellites will enable businesses and communities from across the globe to increase efficiencies and use of data, opening the door to a new industrial revolution. Unlike most other current satellite systems, Fleet is focused on connecting devices, not people and telecommunications.

“Fleet is one of the most exciting, fast paced, and big thinking space startups to launch in the last few years. They’re capitalising on a new era in space technology — one that will fuel the world’s biggest economic drivers tomorrow,” said Sanders.

“There is so much potential in a business and industry like this, and their rapid global expansion is a true demonstration of where the opportunity lies. I look forward to helping Fleet grow and cement its feet firmly on the international space stage,” he added.

Discussing why Delft was selected as the home of Fleet’s European operations, Tata Nardini said, “Delft has a rich history of space entrepreneurship with the TU Delft RoboValley initiative, InnovationQuarter, and the YES!Delft incubator all pushing innovative space projects forward. We want to be a part of this forward-thinking community and are looking to getting involved in the incredible work being done there.”

Fleet was founded in Adelaide, Australia in 2015 and was initially backed by matched seed funding from the South Australian Government.

Tata Nardini is a former European Space Agency engineer, and will be sharing her vision for Fleet and the role that nanosatellites will have on creating a more sustainable, efficient world at an official launch event at their new headquarters on July 10th.

Tata Nardini will remain at Fleet’s headquarters in Australia. 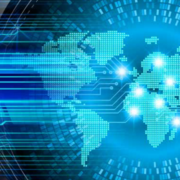 Cyber Security in the Netherlands

The GCI-2017 measures countries’ commitment to cybersecurity and helps them to identify areas for improvement. Through the information collected, it aims to illustrate the practices in use so that ITU Member States can identify gaps and implement selected activities suitable to their national environment – with the added benefits of helping to harmonize practices and fostering a global culture of cyber security. GCI Score is based on 5 main criteria: Legal, Technical, Organisational, Capacity Building and Cooperation. 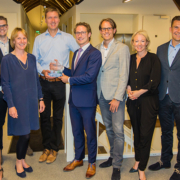 Together with Rabobank and Brooklyn Ventures, InnovationQuarter with her IQCapital fund has completed this round to launch IRM Systems’ newest innovative product, ‘IRM Smart Pipeline Data’. ‘IRM Smart Pipeline Data’ is a software solution to support clients in predicting integrity and future failure optimally and extend the lifetime of their challenging pipeline systems whilst reducing total cost. Also, this round will support international expansion to IRM Systems’ strategic markets.

IRM Systems B.V. is actively looking to expand into to strategic markets beyond the Netherlands (Delft) and United Kingdom (Aberdeen) to amongst others USA (Houston), following their clients abroad. Secondly securing the integrity of pipeline systems’ in today’s climate of staff reductions at operators and ageing infrastructure, requires digitization and predictive data around integrity management – in particular for more challenging, or non-standard, pipeline systems. IRM Systems B.V. currently develops its smart software tool to accurately and optimally manage integrity and predict future failure on pipeline systems to further support its client base. Assisting clients to move to actually using data sets currently available on challenging pipeline systems allows these clients to increase integrity while reducing their overall cost.

An strategic next step

“IRM Systems is ready for a next major step. Combining regional growth initiatives in selected markets to IRM Smart Pipeline Data means that we leverage the specialist knowledge of our teams to serve more and more clients globally. That way we can reach true scale in the highly focused market segment of so-called ‘non-standard’ pipeline systems”, says Rutger Schouten, founder and CEO of IRM Systems B.V.

Hans Osnabrugge, partner of Brooklyn Ventures: “We are proud to see that the greenfield we started five years ago has grown into a global leader in its exciting niche. With this injection, the existing strong financial basis of IRM Group is leveraged to use our built knowledge and right to play towards a software solution, solving a global problem for non-standard pipelines. As Brooklyn Ventures it confirms our capabilities to globally scale startups and scale ups by our hands-on involvement.”

Francis Quint, head of InnovationQuarter Capital: “With our investment in IRM Systems B.V. we aim to support successful entrepreneurs such as Rutger Schouten who built a flourishing high-added value business in Zuid-Holland (Delft) to enable their growth-ambitions. IRM Systems is a company with highly skilled employees in combination with innovative potential, through the development of IRM Smart Pipeline Data. InnovationQuarter is excited to support IRM Systems B.V. in its growth-ambitions”

Deputy Mayor Ferrie Förster from the City of Delft announced InnovationQuarter’s new investment at the Knowledge Expo Delft hosted at Buccaneer, center for innovation in energy and offshore in Delft.