No more burning risks as robots take over hazardous inspections

They look, listen, smell and feel for you, so that you no longer risk burning your fingers. The robots from ExRobotics are specially developed to conduct inspection and maintenance in highly inflammable and explosive (Ex) environments, removing the risk to people. Early September, ExRobotics will start manufacturing these robots in Delft for NAM, their launching customer. A salient piece of information: There are only one or two other companies in The World that are certified to produce Ex robots. ExRobotics will produce more Ex robots in 2018 than the other companies combined. 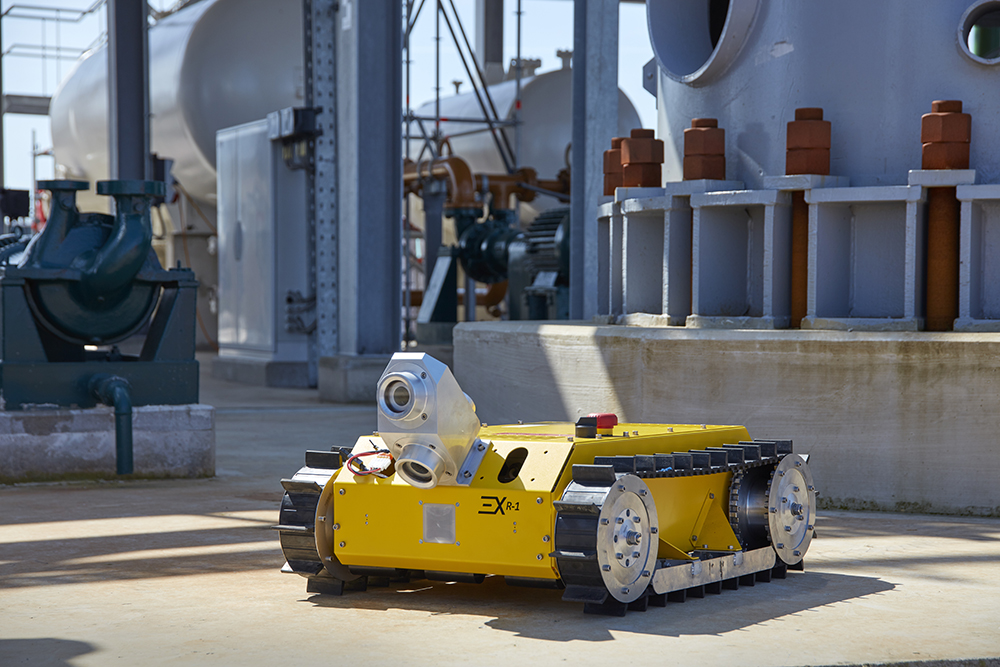 The robots can read meters on equipment via video and audio recordings, ‘smell’ a gas leak, navigate independently between various installations and find their own way back to their docking station to recharge. This means that inspectors and operators no longer have to visit environments where there is a risk of explosions, greatly improving their work safety.

NAM plans to start using the first batch of 10 robots in Q4 2018, and hopes to eventually introduce this technology to all of its unmanned installations. NAM is the first producer in the oil and gas industry to use this technology on a large scale. The NAM robot is operated by remote control, but on 6 August 2018, ExRobotics presented its latest robotics breakthrough: an autonomous, line-following robot for industrial environments. This innovation was demonstrated by ExRobotics, TU Darmstadt and Shell at the Shell refinery in Pernis. The robot carries out inspections in the factory independently.

The greatest challenge lies not in building remote-controlled robots, but rather in obtaining the certification required before they can be put to work in an inflammable environment. The so-called ATEX/IECEx certification places high demands on the product and materials used. Many of the required certified materials cannot simply be purchased. The fact is, the ATEX/IECEx norms were devised for stationary installations that were not space or energy constrained. However, the ExRobotics robots are built from small, energy-efficient and mobile components. ExRobotics therefore had to develop all of the components itself before having them certified by a notified body in Chicago (UL). The ExRobotics organisation then also had to obtain certification in order to be permitted to produce the components. The company now possesses a unique combination of this certification and robotics expertise.

ExRobotics recently opened a new production facility in Delft, to facilitate the production and certification of their robots. ExRobotics selected West Holland as the location for their new facility because the robotics climate in the province has a great deal to offer with regard to R&D. InnovationQuarter, the province’s regional development agency, and the Municipality of Delft have offered advice and support to help ExRobotics select a suitable location. The new production facility is located close to TU Delft and RoboValley. ExRobotics is looking forward to a fruitful exchange of knowledge and experiences with these two knowledge partners. The company currently has 10 employees, but anticipates strong growth in the years ahead, representing a major boost to the ecosystem in West Holland.