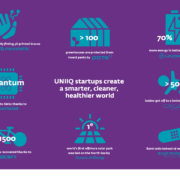 50 deals in 5 years. Since its launch in 2016, the South-Holland proof-of-concept fund UNIIQ has become one of the most successful early-stage funds in Europe. After 50 deals, 96% of the UNIIQ startups still exist and the companies collectively already raised over €125m in follow-on funding. €1 from UNIIQ generates over €10 in follow-on funding. And that is an unprecedentedly high multiplier. Seven complete exits have already taken place and 418 jobs have been created. This makes UNIIQ the springboard to a successful scale-up. UNIIQ startups are also known for their impact: they make the world cleaner, smarter and healthier. 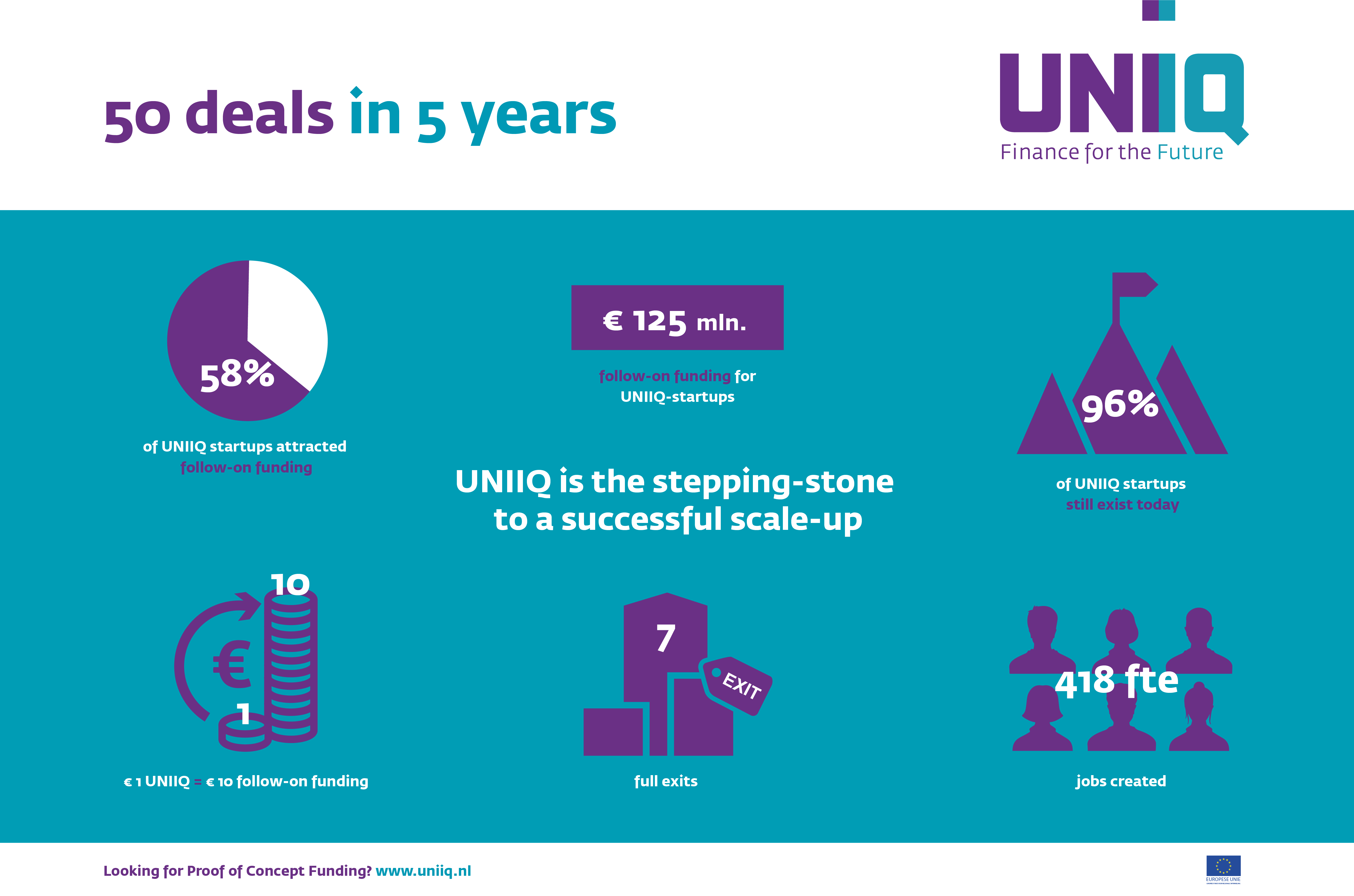 UNIIQ proves: in this phase you can invest very successfully

UNIIQ was founded in 2016 to bridge the riskiest phase from concept to promising company (as early as TRL-3). UNIIQ invests heavily in deep tech propositions – about 80% of the portfolio, almost always involving a hardware component – and in life sciences. These are high-risk, high-tech investments, often with a long payback period, which the market does not yet dare to enter. UNIIQ proves that you can still invest successfully in this risky phase.

The companies in which UNIIQ has invested are known for making the world cleaner, smarter and healthier. For example, batteries deliver 70% more energy thanks to LeydenJar’s unique technology, quantum research became accessible to smaller companies thanks to Quantware’s unique processors, and Oceans of Energy laid the world’s first offshore solar system in the North Sea.

“With us, the most unique, world-leading technologies see the first light of day, thanks in part to our university partners,” says fund manager Hans Dreijklufft. “Recently, our portfolio company Mayht was sold to Sonos for $100 mln. When the brothers came to us, you could still see the duct tape on the prototype, so to speak. We often see the potential of unique technology at a very early stage. And thanks to our large network of (inter)national investors, we also manage to attract follow-on funding for our companies.” 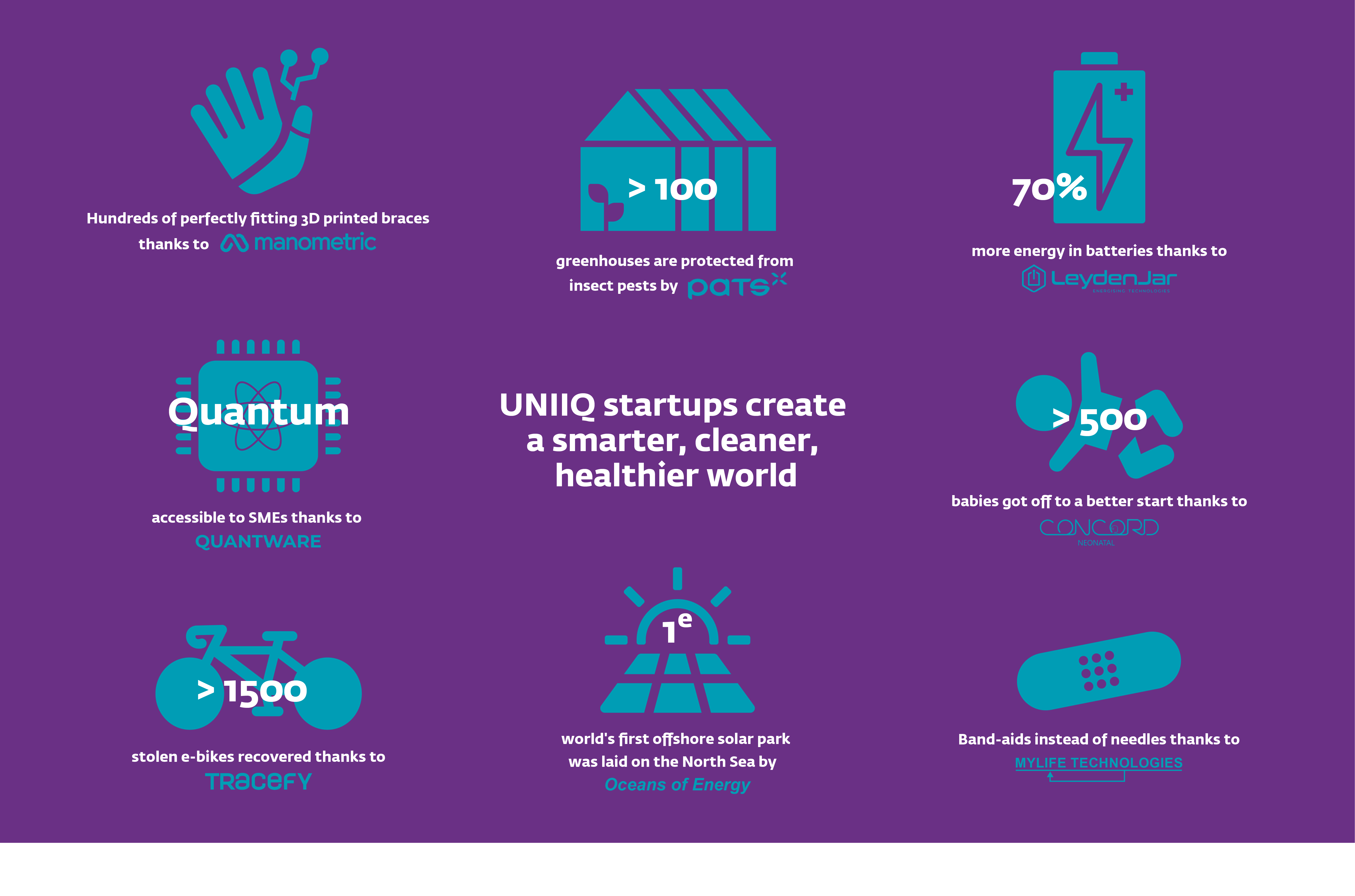 Production robots do 40% more work, and much more accurately

It is the ‘heart’ of the robot, the power drive. Robotics is developing at a rapid pace and yet the transmission systems – the parts that make the robot move – have hardly changed in the past 50 years. As a result, robots remain relatively heavy, complex, uncontrollable and expensive to this day. With the Archimedes Drive, IMSystems introduced the first major breakthrough in transmission systems in half a century. The ‘heart’ of the robot now functions with far greater precision, transferring power much more efficiently, in a more compact size and at lower cost. This makes the movements of robots more precise, more powerful and more controllable. With this drive, a production robot can do up to 40% more work in the same time. IMSystems received an investment from UNIIQ and later follow-on funding through another InnovationQuarter fund, IQCapital. 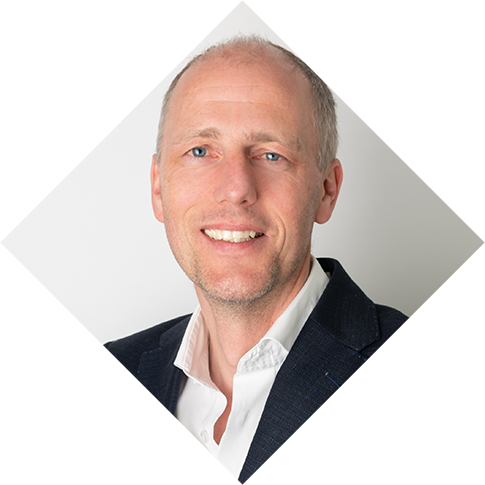