Unmanned Valley – the field lab for sensor-based technologies located at the former Valkenburg naval air base in Katwijk, the Netherlands – welcomes the first companies, all active in the field of aerospace, drones and sensors. This represents an important step towards the development of a fully-fledged ecosystem for drones and other sensor-based innovations, and further strengthens the aerospace sector in the Netherlands.

Aerialtronics, Deck180, Drone Flight Company, Dutch Drone Academy, Elkay International (Europe) and Marshall Netherlands are the first companies to have already moved in. Within a few months, Atmos, Drone Light Labs and Mapture.ai will also relocate (parts of) their activities to the field lab, which offers in- and outdoor facilities for companies and knowledge institutes to develop, test and implement new sensor-based solutions.

The move of these companies marks the very successful 3000m2 redevelopment of the former naval air base’s workshop ‘Building 356’, which is now almost fully rented out. In a next phase, the Central Government Real Estate Agency (‘Rijksvastgoedbedrijf’) is expected to redevelop an additional 1700m2 of space to accommodate a mix of startups and scale-ups, mature companies and knowledge institutions.

“We’ve seen a significant increase in testing activities over the past months, but with the relocation of these first companies, Unmanned Valley really comes to life”, says Theo de Vries, program manager at Unmanned Valley. “Drones often only make headlines as a threat to air traffic or as a pizza delivery service. These companies show that things are different in reality and that the economic and social potential for the Netherlands can be enormous.”

De Vries speaks very highly of the Central Government Real Estate Agency: “During the COVID-19 crisis, the agency has kept up a brisk pace with the renovation and transformation work. It has now become a hotspot for collaboration, cross-fertilization and innovation, which inspired start-ups, scale-ups and others to such an extent that we have rented out about 90% of all available units well before the official completion date in July. The next phase can now be developed much earlier than anticipated.”

“Unmanned Valley has all the potential to develop into an international hotspot for unmanned and sensor-related activities. Innovative companies are looking for a well-developed ecosystem, not just a suitable office location. They want access to the right networks, technologies and talent”, says Rinke Zonneveld, director of the regional economic development agency InnovationQuarter. “The Netherlands and in particular the greater Rotterdam-The Hague area, enjoys an excellent reputation within the global aerospace industry. The aviation, space and drone sectors in our region are closely linked and all relevant players in education, research and commerce are actively working together in this highly developed metropolitan area.”

In addition to the Dutch start-ups and scale-ups that moved to Unmanned Valley, it indeed appears that the location also has international appeal; several foreign companies have relocated their activities to Katwijk, a coastal town located 16 kilometers north of The Hague.

In many sectors, drone and related technologies already ensure that work can be done faster, better, safer and more efficiently. Due to the further development and integration of robotization, artificial intelligence, big data, machine learning and the Internet of Things, the number of useful applications is growing rapidly.

Unmanned Valley is an initiative of Delft University of Technology and the municipality of Katwijk – made possible by the Dutch central and regional government as well as the EU’s European Regional Development Fund (ERDF) – and will develop into a breeding ground for high-tech activities. 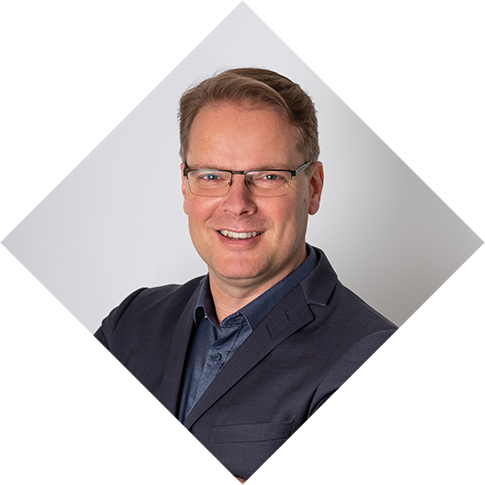