To strengthen the economic ties with India, the Dutch National Government travelled to India on a trade mission, led by Prime Minister Rutte and joined by Ministers Kaag, Bruins, Schouten and Van Nieuwenhuizen. In addition, Mr. de Boer of the Confederation of Netherlands Industry and Employers (known as VNO-NCW) and Mayor of The Hague, Mrs. Krikke joined the mission together with around 130 companies.

In response to increased interest by Indian Safety & Security entrepreneurs in expanding or relocating to the Netherlands, InnovationQuarter joined the High tech / Cybersecurity delegation of the largest Dutch economic mission to India ever. During the trip, InnovationQuarter had the opportunity to invite current investors and prospects to several Trade Dinners and to a lunch organized by The Hague Business Agency with the Mayor of The Hague.

After two days in New Delhi, the Hightech/ Cyber delegation went to Bangalore where InnovationQuarter was offered Soft Landing Support for Netherland Startups by Karnataka’s Technology Incubators. The letter of support for the Soft Landing Programme is the result of previous meetings between government officials of the State Karnataka, the City of The Hague and InnovationQuarter. 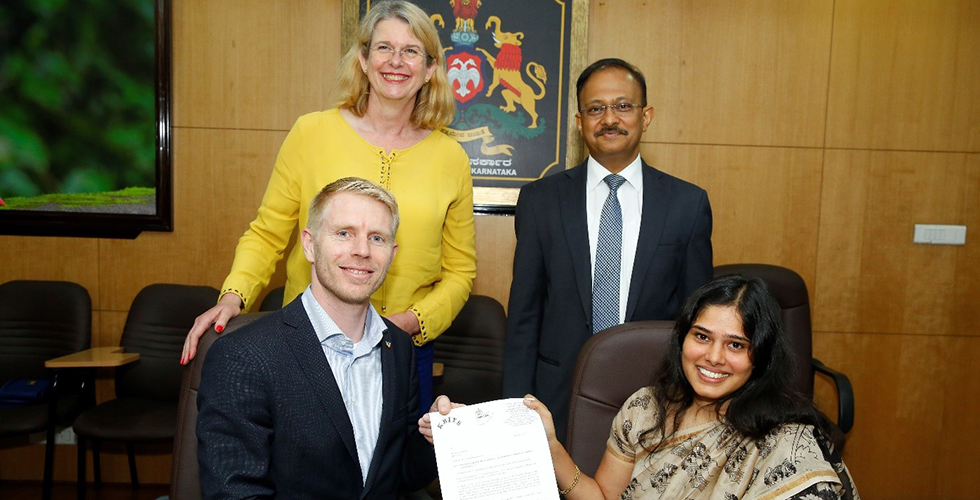 The Netherlands Moves Up to No. 2 on Global Innovation Index 2018
Scroll to top NIEUWSBRIEF