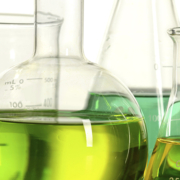 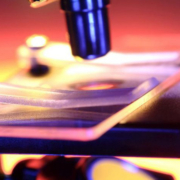 BGV III is now one of the largest funds focused on seed investments in European biotechnology companies.

The new fund will build on the track record of the first two BGV funds which have yielded major successes. These include Dezima Pharma sold to Amgen for USD 1.5 billion and Acerta Pharma which at USD 7 billion was the largest private exit in Europe in the biotech sector to date. BGV was founding investor in both companies, which are typical examples of the biotech sector’s ability to generate so-called “unicorns” delivering outsized returns for investors.

The firm’s third fund will focus on therapeutics, medical devices and diagnostics, within Europe, in particular in the Benelux and Germany. Five investments have already been made from the fund into German immuno-oncology company Catalym, and Dutch companies Escalier Biosciences, Scenic Biotech, VarmX, and Mellon Medical working on autoimmune diseases, target discovery, haematology, and vascular suturing respectively.

Edward van Wezel, BGV’s Managing Partner said: “Over the last years, BGV has proven that investing in early stage companies is critical in developing innovative science to meet patients’ needs; it can be financially very attractive as well. We believe that support and close collaboration from Bristol-Myers Squibb and JJDC illustrate the increasing interest in early stage innovation. This also demonstrates the unique position that BGV has reached in this arena.”

Paul Biondi, Senior Vice President, Head of Business Development Bristol-Myers Squibb commented: “Bristol-Myers Squibb recognises the potential of early stage innovations emerging from leading scientific groups in the European biotech scene. We are committed to working with VC investors such as BGV who can identify the investment opportunities with the most potential to deliver transformational medicines.”

BGV operates as a joint venture with Forbion Capital Partners, providing access to the later stage perspective on early innovation and a global network of experts and pharma companies. The BGV team has broad experience in investment, life sciences, business development, and commercial operations. The team includes experienced biotech entrepreneurs as venture partners and advisors.